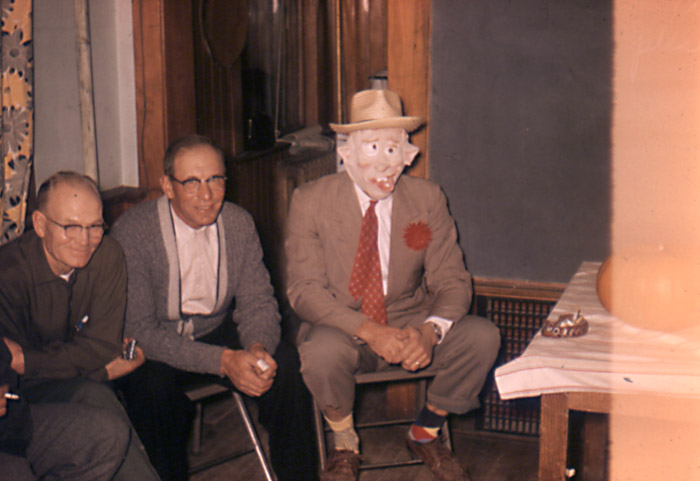 Sing along with me: “One of these things is not like the other; one of these things is not quite the same…” I really hope this photo was taken around Halloween, otherwise Gunther has got some ‘splaining to do. If you look closely, he didn’t just grab some kid’s mask and put it on for the photo: he’s got mismatched ugly socks, an over-the-top boutonniere (matching his tie, no less!), all wrapped in an ill-fitting suit. Gunther was probably quite disappointed when nobody else wore their costumes to the party, coincidentally held on Halloween though no costuming was ever mentioned. He’s still wearing the costume to try and remain inconspicuous, as though he just casually stopped by in whatever he had on that day. Poor, poor Gunther.