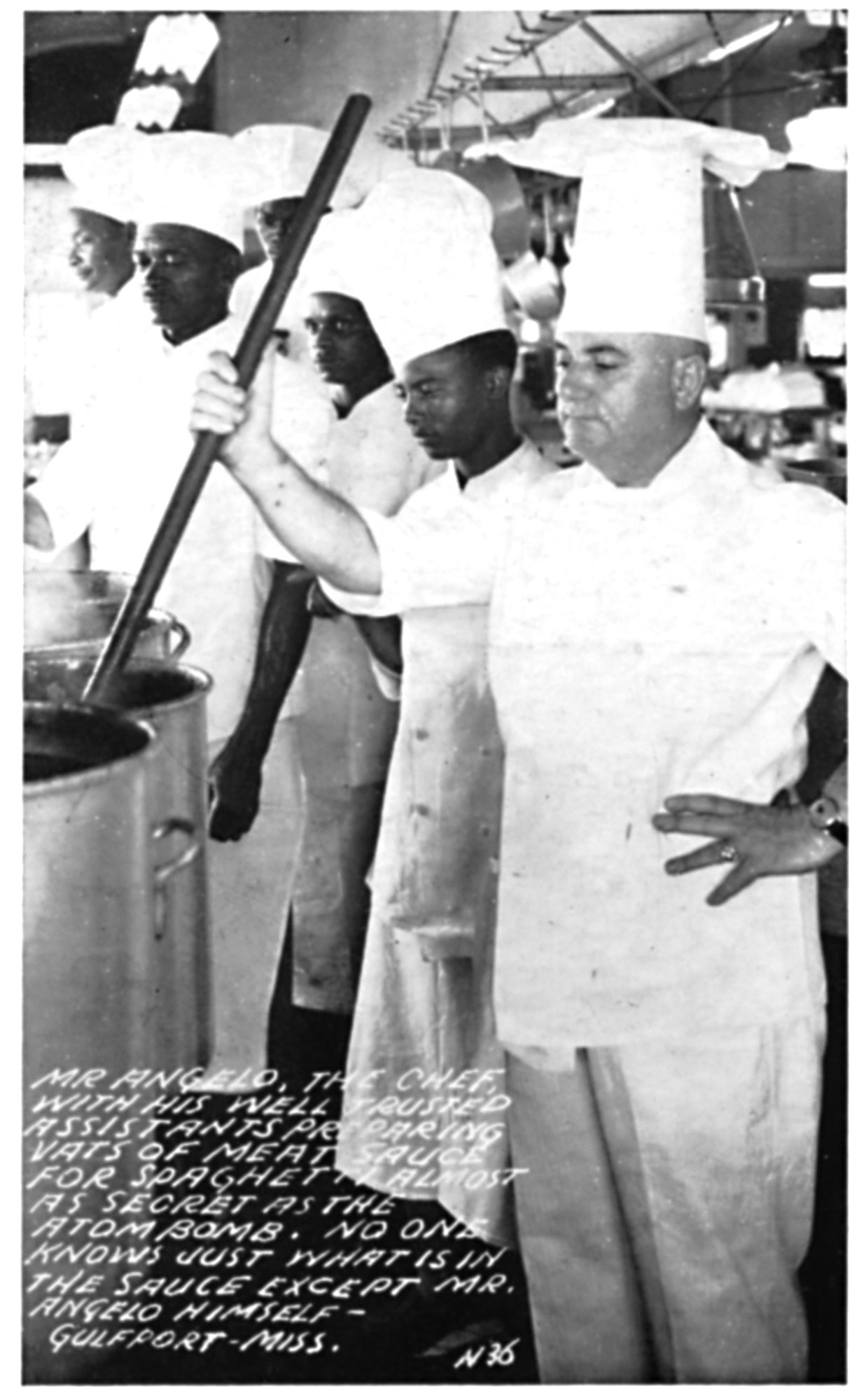 We’ve met Angelo before, a young immigrant who made himself a celebrity chef in the 1930s. In this postcard, a Mr. has been added as a sign of professional respect, but also in a style my wife has seen used in Greek restaurants — “Mr” being formal, but the use of the first name being more casual and inviting from someone whose food you trust enough to eat.

By the time this postcard was created, his fame and power had reached a world-shattering degree: the caption states that his recipe for spaghetti meat-sauce was “almost as secret as the atom bomb.” Note that it doesn’t use the Bomb as a comparison for quality of strength (although I’m sure, in modern terms, it was ‘da bomb’), but instead comparing to the secret. This helps place the age of the post card a bit better: I’d previously figured this was 1940s, and since the postcard alludes that the atom bomb (first tested in 1945) was still considered a hidden secret known to only the U.S., this postcard may be from as late as 1950 but probably not much after.

I also must remark (probably in the naivetie of a Northerner) that I am impressed both postcards show Angelo’s staff to be composed entirely of Black chefs. While they’re referred to as ‘assistants,’ in the cooking world where the chef whose name is on the sign over the door is par to a king in a restaurant kitchen it’s still quite a title. For his assistants be used as a key portion of the restaurant’s advertising, both in the photo and referenced in the text on both cards, must show Angelo saw the importance of his staff both in the kitchen and to the rest of the world, rather than devaluing them as just the negro help.