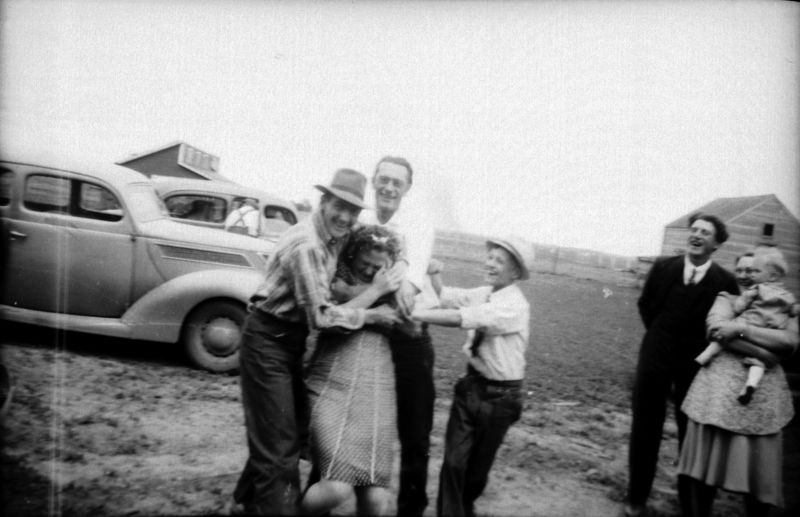 This image was poorly exposed and blurry; I had to squeek out as much as I could using Photoshop — I’ll bet the young lady being tortured in this photo was happy to see that this photo didn’t turn out originally…but she had no idea that 70 years later somebody on a computerized internet would blog about it (I’m not sure she could even parse that last phrase.) I personally love the unposed, candid photos like this one: look at what has been tossed out because it was unfit for photo albums; today is even worse, when you can completely delete an image, permanently, without thinking twice. People who stick to stiffly posed photos are missing out on the vibrant art that can come from an unplanned, quick and dirty photo. The photo above has so much going on in it — the wrestling in the foreground, and what are they stealing from her? The friendly grouping on the far right, who look like they might otherwise not be photographed as in that same grouping because there’s no logical reason to do so. The guy hunched over in the distance, leaning inside an open car door. When people are posed in a stiff, unlively manner, something is lost — I’ll bet Bertha was a far more fun person than this photo would lead the casual viewer to believe.