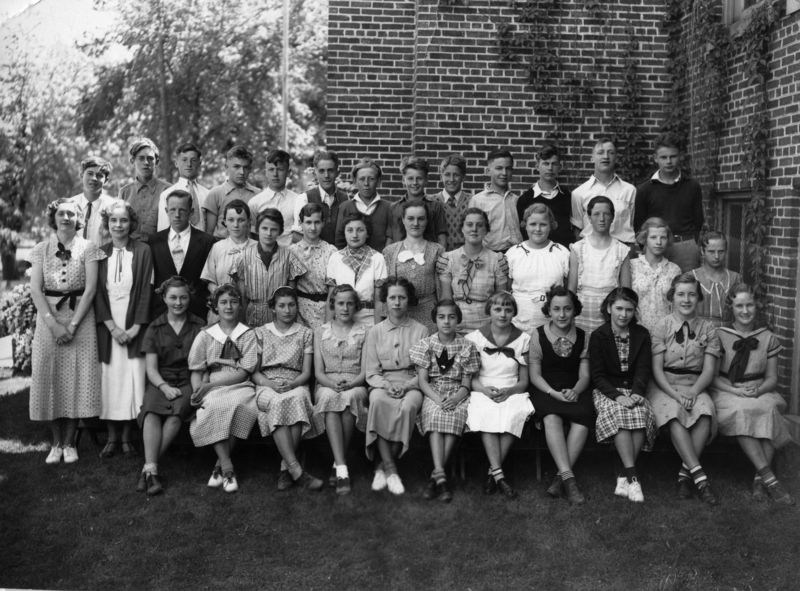 High school — a time of nicknames and rivalries no matter when you were born. This photo, from a photo-album of the late 1930s, has some evidence on the front. That girl in the front row in white — right in the middle — has her eyes blacked-out with pencil (you can see it in the large version). On the back were, presumably, well-wishes from student’s friends, names written in the hand of the signer. Underneath the photo, written on the page in the photo album, are a clearer picture of the students identities: “Bruno”, “Giggling Gertie”, “Ossie” — and I think that’s just the girls.