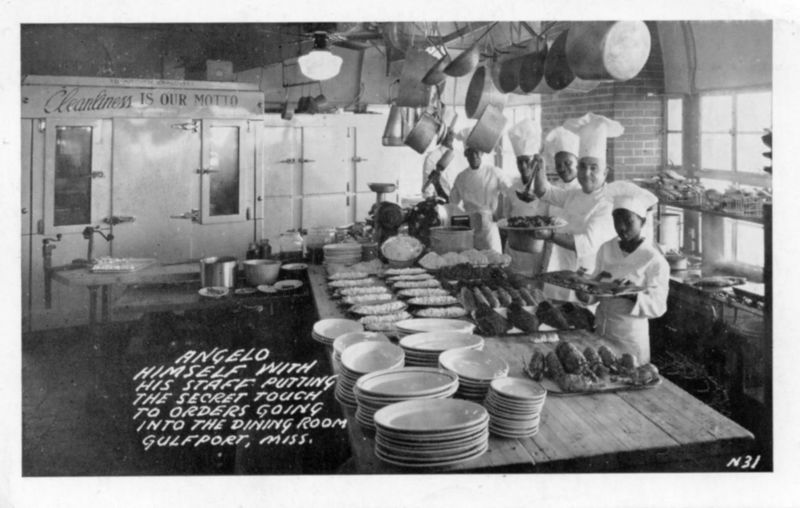 The postcard assumes you know who Angelo is — this fine chef was so ubiquitous that his first name was enough to tell all who he is. Emeril? Bah — television was his tool…Angelo was known by word-of-mouth! This postcard is done in the style of real-photo postcards from the 1910s to 1930s, but appears to have been printed much later (and it’s not actually a photographic copy). Angelo Xidis immigrated as a teen in 1915, opening his eponymous restaurant in 1935. This would seem to be about the right time for this photo, maybe 1940s. Sadly, Angelo’s closed in the 1980s, well after the original Angelo retired, but the restaurant lives on in the numerous postcards that recommended his restaurant to the friends and relatives of a multitude of Mississippi vacationers.