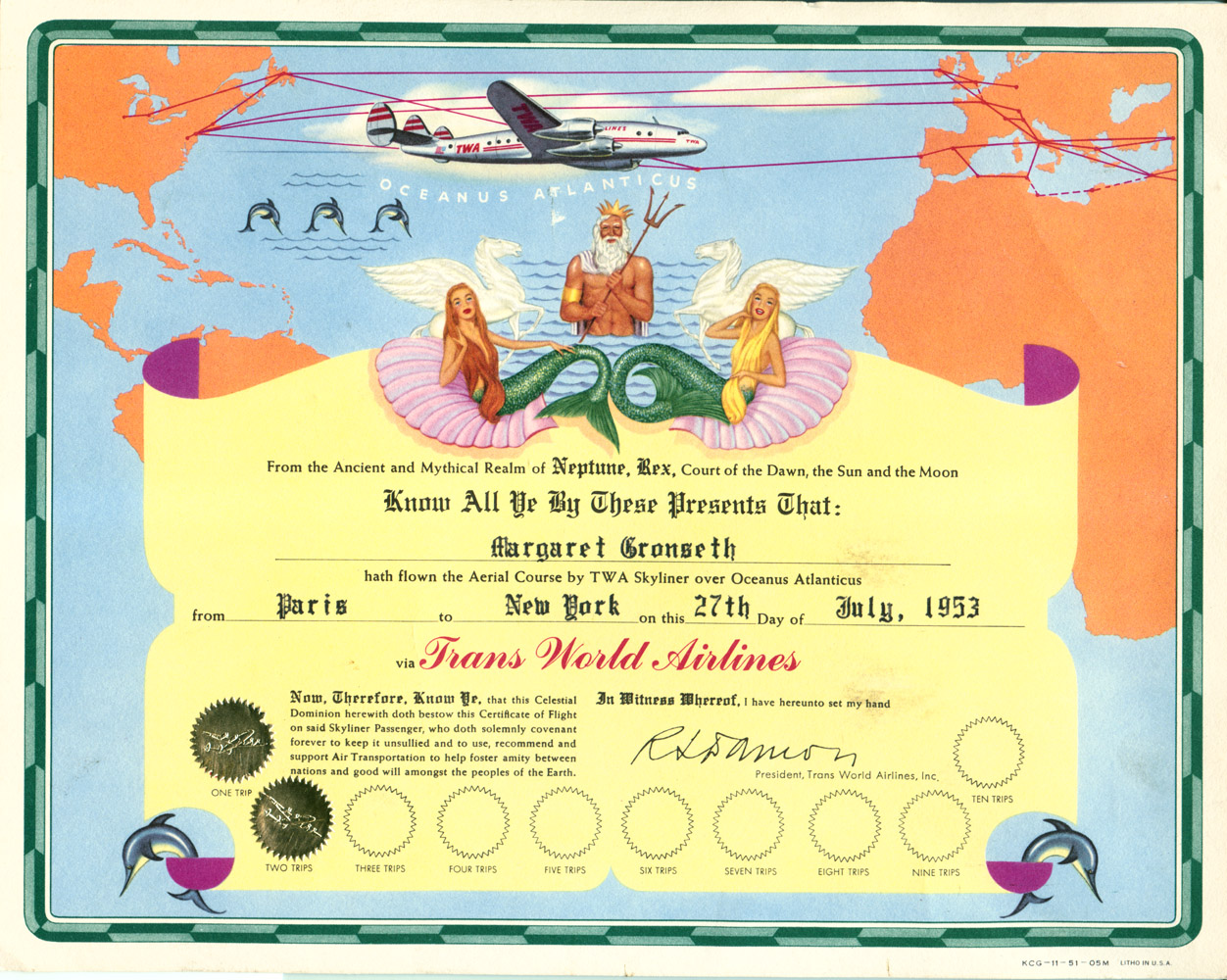 In July 1953, Margaret flew across the Atlantic ocean, from Paris to New York. This was during some of TWAs heydays — Hughes was in control and hadn’t gone completely nuts yet, of travelling abroad was still a luxury but was beginning to reach the common people during the postwar boom, and the process was more comfortable and safer than ever before. The bottom text is the most important to note, though: by being awarded this certificate, the bearer was bound to recognize that they were to promote air travel, and recognize its value to international relations. In the fifties, air travel wasn’t just bus service between big cities — it was diplomacy serviced by stewardesses.