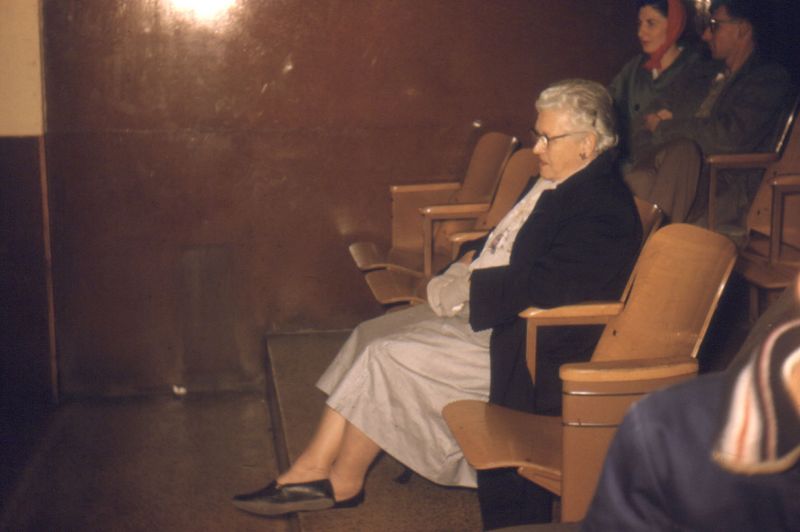 Whistler’s Mother (otherwise known as Arrangement in Gray and Black No. 1) is an iconic image in our culture, recalling a Victorian silence and respectability. Mrs. Melby’s Mother, above, spent Halloween 1960 at a bowling alley. My, how times change is a little less than a century! Not quite as much as you may think, though — the style of dress is similarly modest, although Mrs. Melby has gone stocking-free and is showing a little ankle. Her chair is similarly spartan, although anyone who attended a high school built earlier than 1960 is probably intimately familiar with such folding seats; many a small finger has been bit by those steel hinges while screwing around during an oh-so-important school assembly in the auditorium.