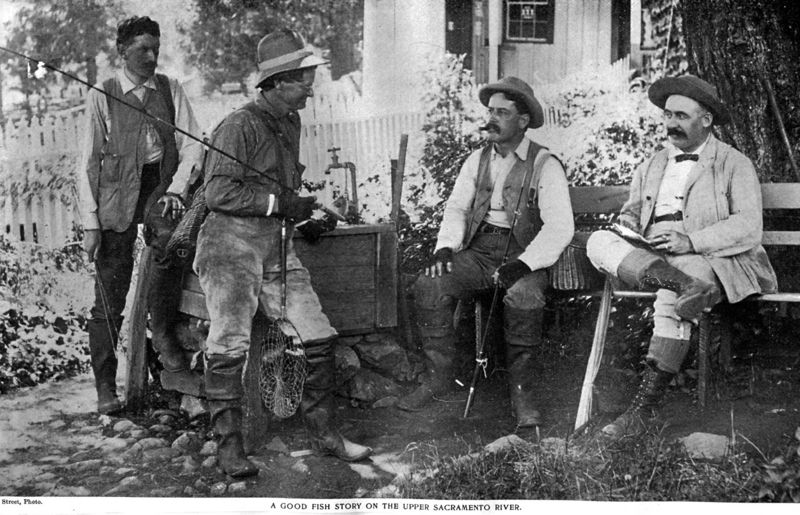 Found in the Pennsylvania Scrapbook, this magazine photo-illustration promises stories, but lacks the text. There’s four gentlemen, three that had been fishing, and one hiker (the guy on the far right). The guy in the middle smirks self-assuredly, while the other two fishermen glare — the smirker is clean shaved and well-dressed, the other two are less well-dressed and decorate their lips with bushy mustaches. A close look discovers that somebody left the water running. It seems there’s a funny story or a joke in there somewhere, but without the rest of the story, we don’t get it. The one piece of factual information is the reference to the Upper Sacramento River: it’s still a fly-fishing haven today, as it was a century ago when the photo was taken, but back in the day the region was equally known for both the beauty of the environment and the logging and mining that took from it. If you were a townie, working in the mines and pulling your dinner from the river, you’d probably be grumpy, too, if some big-city tourist trying to connect with nature outfished you.