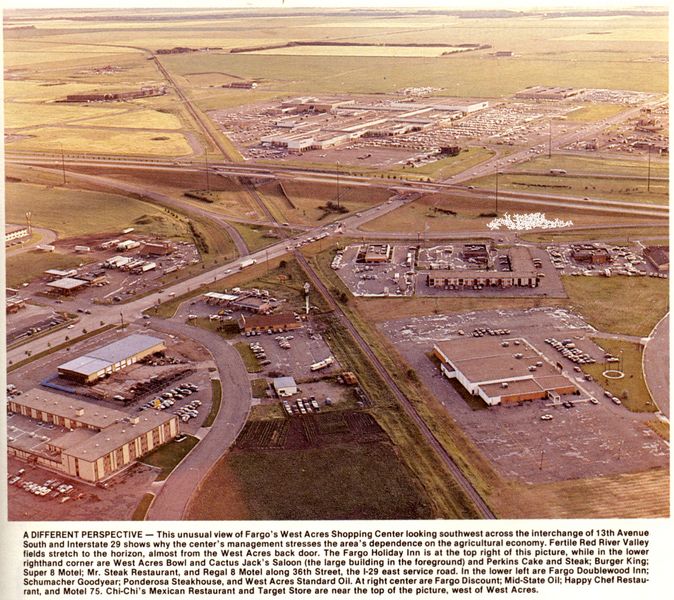 If you had no idea that Fargo has grown in leaps and bounds, let’s look back 25 years. In 1982, this photo was taken for the Binford Guide to commemorate the 10th anniversary of West Acres Mall. The mall is seen in the upper-center area of the photo — and beyond that are miles and miles of farmland. 45th Street, barely visible at the top edge (it was a dirt road then) is about a mile from I-29: today (see a Google Map), the green, lush farmland you see is almost entirely paved and filled with a zoo, the YMCA, the largest Scheels store in the world, a 6-story office building (in which the Infomercantile webserver lives), and numerous other offices, strip malls, big-box retailers, and apartment buildings. The growth of the Fargo area is dumbfounding sometimes; when they talk about rural areas shrinking in population, it’s because they’re coming to the bigger cities. One thing I find most interesting, from both the photo and the aerial map, is the identification of what’s new versus what’s old based on the railroad line that used to run through this part of town. Buildings built on the diagonal were there before the tracks were removed; buildings on the north-south lines are new.