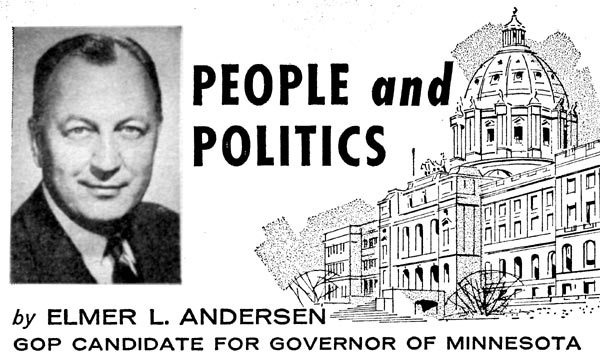 In 1960, Elmer was on the GOP ticket for Governor of the state of Minnesota. A few short weeks after he published this ad in The Farmer magazine, he won his bid, starting a controversy-free term in charge of the state. Two short years later, however, he was undone by 91 voters: in an extremely close election, he lost out to Farm-Labor candidate (and his Lieutenant Governor) Karl Rolvaag. Despite his Republican heart, Andersen was a self-proclaimed liberal to the end, even endorsing John Kerry during the 2004 election. Andersen passed away shortly thereafter.