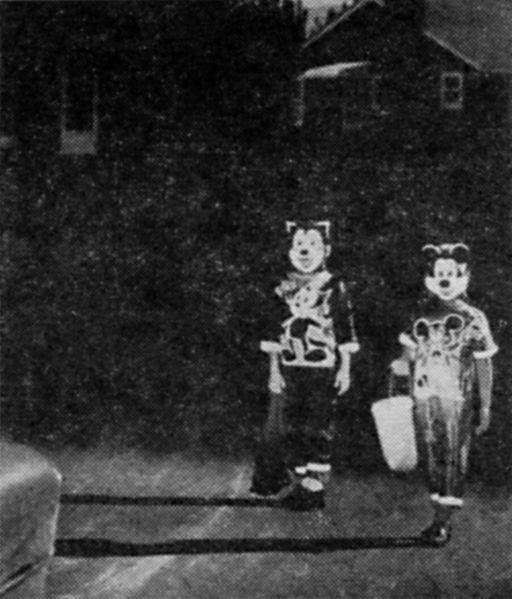 Felix the Cat and Mickey Mouse have been ‘reflectorized’, according to this article from 1960 on Halloween safety. You may think your parents were the first ever to be so lame as to worry about cars running over little Batmans and princesses on your neighborhood streets, but the worry has been around about as long as cars (but probably moreso about the time the suburbs began to flourish). My only thought about this picture is that it doesn’t actually depict Halloween: in order to be included in the October 15th issue, the article and photo probably had to be in to the publisher by the 1st, and with photo developing time the picture was probably taken sometime in September. Imagine you’re the two kids, dressed in your Halloween costumes a month early, walking around your neighborhood decked out in high-reflective tape, during the first couple weeks of school. Downright embarrassing.