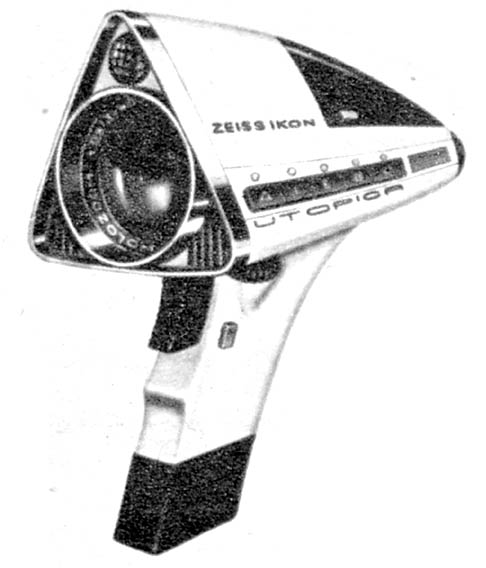 In the late 1960s, Zeiss-Ikon designer Fritz Costabel was trying to wrap his brain around the Camera Of The Future. In an early 1968 issue of Photoguide Magazine, he described a machine capable of sending photos home wirelessly, radar auto-focusing, and push-button automation. A few months later, the camera above showed up in Mechanix Illustrated: the Zeiss-Ikon “Utopica”. Looking a phaser sidearm off the Star Trek set, the camera was a multifunction machine: it could both instantly print photos like a Polaroid, but also make movies on 16mm film. The un-ergonomic shape and the focus on analog film were a bit short-sighted, but he was just about right on. Cameras today are automatic, double-duty as movie cameras, and can instantly produce a photo and allow it to be sent all over the world – and it certainly would have blown his mind to know that all of that photographic futurism is today considered an add-on to a portable telephone.