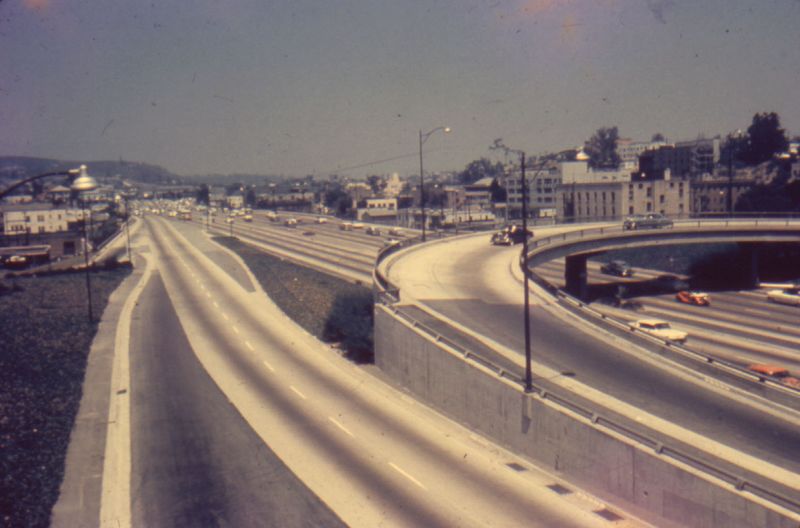 Well, here we’ve got an entirely different view of the Harbor Freeway (compared to a few weeks ago). California’s pride in their municipal freeways was immense: in theory, they provided an escape from the crowded streets of other metropolitan areas, and allowed for relaxing suburban living while working in the city. Today, we see this as Sprawl, a bad thing, but in the sixties it was The Way Of The Future.